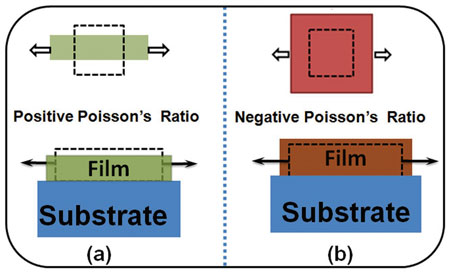 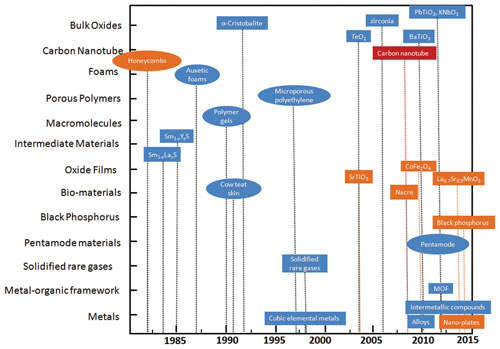 The authors summarize the multiple ways to tune and control desired Poisson’s ratios based on the correlations among the negative Poisson’s ratio, internal structures, and external effects. As plotted in the figure below, the internal factors, such as anisotropy and microstructure/hierarchical substructure, and external fields, such as chemical doping, temperature, pressure, or electric field, could dramatically affect the magnitude and sign of a Poisson’s ratio. 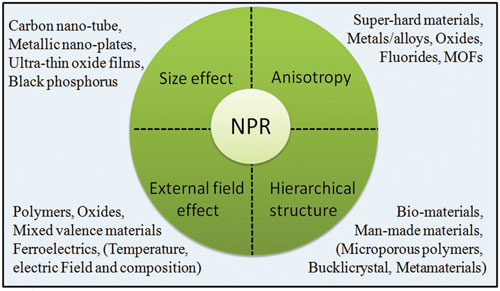 The multiple ways to achieve negative Poisson’s ratio (NPR) in functional materials. (Reprinted with permission by Wiley-VCH Verlag) Concluding, the authors write that, as a frontier of materials science, the field of the negative mechanical index is progressing at a very fast pace. “The unresolved issues and challenges discussed above can offer great opportunities for future study. Although the materials with negative Poisson’s ratios reviewed here are only a small part, it is believed that negative index materials are on the threshold of applications, which could deepen our understanding of the negative properties of materials.” By Michael Berger. Copyright © Nanowerk